Well, guys…we have some big and exciting news… 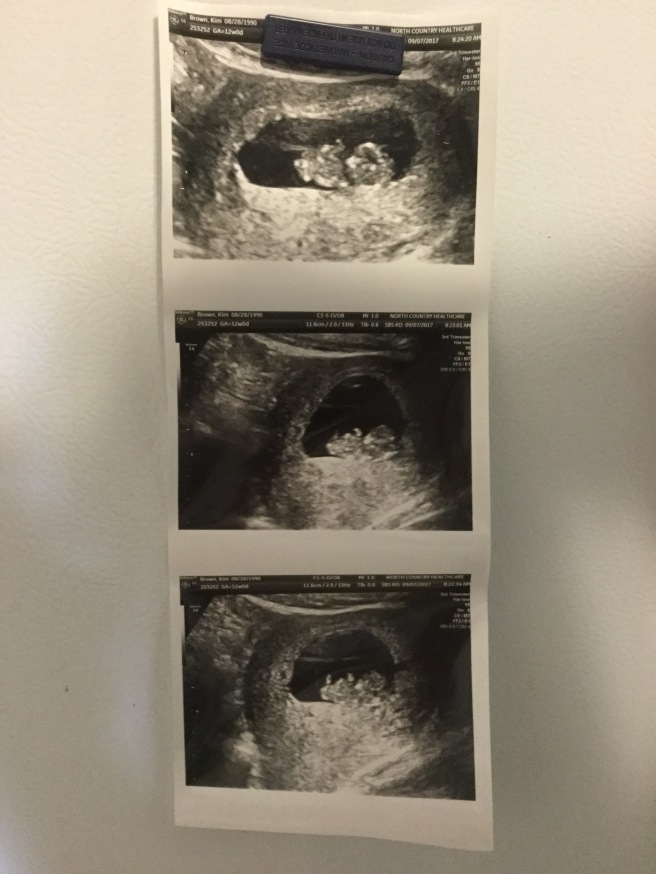 I know what you are thinking and the answer is that we are straight up crazy because this pregnancy was planned. I repeat: this was not an accident. Ha! I will say, though, that planning to get pregnant and actually getting pregnant are two very different things. And for the first little bit after realizing I was pregnant, I was kind of a hot mess worrying about if I could handle it but MOSTLY worrying about what people would think of us. And I just had to come to terms with the fact that many people will and do think we are totally nuts. And we might be. We’ve never done this before. But we feel good about our choice to have these two kiddos close together and we could not be more excited about having another baby on the way.

Being pregnant the first time around is such an interesting experience. Everything is so new and different and lots of it is expected but a surprising amount is unexpected. It seems like when I was pregnant with Wendy I was hyper-aware of what was going on in my body. This pregnancy has been so different. It’s different in superficial ways…like I am not using a tracking app this time around. But it’s also so different in how I feel. In fact, it’s so different, I honestly have a hard time even feeling like I’m pregnant, because it’s SO different than the first time around (are you getting it? So. Different. SO. Different. Okay, Kim, broken record).

It’s funny to me because when I was pregnant the first time we lived in bush Alaska, so we didn’t see a doctor/confirm the pregnancy/hear the baby’s heartbeat until I was 18 weeks. Eighteen weeks. This time we saw a doctor, heard the baby’s heartbeat and even saw an ultrasound image of the baby at almost 9 weeks (the pic above) and for some reason , even with all the proof, I’m still like, “Wait, this is real??”

When I was pregnant with Wendy, I did a giant mega post chronicling the entirety of my pregnancy, trimester to trimester. I wanted to do the same thing this time around but I’ll be able to break it up a bit and just do one trimester at a time. As I wrote this, I tried my very hardest not to start every sentence with, “Well, when I was pregnant with Wendy…” but I cannot promise that it’s not in there occasionally. Forgive me. My pregnancy with Wendy is the only pregnancy I’ve ever known…so I think it’s natural to compare.

Oh! And I’m sure you want to know! Baby’s due date is April 7th, which makes me currently 18 weeks (although I was 13 weeks when I wrote this post). We will be finding out the gender, but not until after Thanksgiving (which somehow seems like a billion years away). Of course, I’ll tell you the gender when we know! Anyhow, here’s how the first trimester went!

Belly? Yes, I definitely have a belly. I feel like I’m “showing” much earlier this time around. I’m still *kinda* able to hide it…but not for much longer!

Exercise? I feel like my exercise hasn’t really taken a hit at all. When I was cleared to exercise after I had Wendy, I made a goal to run at least 4 times a week and do an at-home workout on the days I don’t run. I’m grateful that I’ve been able to keep this up since getting pregnant. The only major difference is that a non-pregnant Kim would try to do longer runs on the weekend but the pregnant Kim pretty much doesn’t go for any longer than 3 miles. Oh, and I still usually carry Wendy in the Ergo when we go for walks, but sometimes (especially in the evenings) I am just too tired and opt for the stroller.

Cravings? The only thing that really sticks out is that I’ve been consuming a way more than average amount of oranges and orange juice. They just sound so good all the time. And they stave off the ever-present hunger.

Food Aversions? Honestly, not really. When I was pregnant with Wendy, I had a handful of very specific foods I could not be around. This time, the only thing that really makes me go “Ew, gross!” is Taco Bell. And I blame that on eating it too often when we were traveling a lot during August. And, is it just me, or is none of their food actually filling? Oh, and now that I’m thinking about, I’ve also had a really hard time with leftovers. I can handle them on Leftover Day One, but after that I’m like, “mehhhh…no thanks.”

5 thoughts on “Something New…”